The “Means” of a Seer 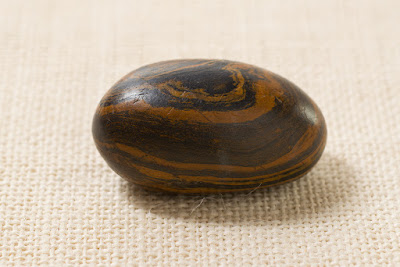 Seership is an important part of the Restoration. We sustain the top leaders of the Church as not only prophets, but also seers, and the Book of Mormon tells us “a seer is greater than a prophet” (Mosiah 8:15). One interesting aspect of seership is the use of “means” or instruments to learn God’s will. After Limhi asked if Ammon knew of “any one that can translate,” Ammon responded:

I can assuredly tell thee, O king, of a man that can translate the records; for he has wherewith that he can look, and translate all records that are of ancient date; and it is a gift from God. And the things are called interpreters, and no man can look in them except he be commanded, lest he should look for that he ought not and he should perish. And whosoever is commanded to look in them, the same is called seer.” (Mosiah 8:13)

After Ammon further explains the traits of a seer, he concludes, “Thus God has provided a means that man, though faith, might work mighty miracles” (Mosiah 8:18). We later learn that these records are translated by Mosiah II, “by means of those two stones which were fastened into the two rims of a bow.” These stones “were prepared from the beginning, and were handed down from generation to generation, for the purpose of interpreting languages” (Mosiah 28:13–14). Evidently, King Benjamin had the interpreters before Mosiah II (Mosiah 21:28),[1] and Mosiah I presumably used them to “interpret the engravings” on a large stone “by the gift and power of God” (Omni 1:20).

Mosiah II conferred the interpreters upon Alma, along with other regalia (Mosiah 28:20). After teaching his son Helaman about how “the Lord God doth work by means to bring about his great and eternal purposes; and by very small means the Lord doth confound the wise,” Alma bestowed the interpreters to him, and commanded him to “preserve these interpreters” (Alma 37:7, 21), which were the means “prepared the word of God might be fulfilled” (Alma 37:24). Alma also delivered the Liahona to his son, which is also an example of the means by which God works with his seers (Alma 37:41).

It is typically assumed that these interpreters are the same as the “two stones” given to the brother of Jared by the Lord, to “magnify to the eyes of men these things which ye shall write,” which were sealed up with his record (Ether 3:23–24, 28). How Mosiah I came into possession of them, however, still remains a mystery, one which was presumably explained in the lost manuscript.[2]

These same interpreters eventually came into Joseph Smith’s possession with the plates on September 22, 1827. Moroni told Joseph, when he first visited in 1823, “that there were two stones in silver bows … deposited with the plates; and the possession and use of these stones were what constituted ‘seers’ in ancient or former times; and that God had prepared them for the purpose of translating the book” (Joseph Smith—History 1:35). Lucy Mack Smith, the Prophet’s mother, explained that these were “the means of which was before prepared, that he should translate this book.”[3] In her history written in 1844–1845, she would refer to it as “the key.”[4]

But these were not the first or only “means” that Joseph possessed. According to Lucy Mack Smith, in 1825—before Joseph received the interpreters from the angel—Josiah Stowell, “having heard, that [Joseph] was in possession of certain means, by which he could discern things, which that could not be seen by the natural eye,” tried “to get Joseph to assist him in digging  for a silver mine.”[5] The published version of Lucy’s book edited this passage to say that Joseph “possessed certain keys, by which he could discern things invisible to the natural eyes.”[6]

What seeric means or keys did Joseph possess before he obtained the Nephite interpreters? In an 1830 trial, Joseph Stowell testified in Joseph Smith’s defense, that “by looking in a stone,” Joseph could tell “where money and goods and mines were in a manner peculiar to himself.” Newel Knight, another of Joseph’s friends and supporters, corroborated Stowell’s testimony.[7] Surely, this is the means for which Stowell had sought out Joseph in the first place. Numerous other sources affirm that Joseph possessed at least one, possibly two, seer stones before he obtained the Nephite interpreters.[8]

Joseph’s use of seer stones before he received the plates and the Nephite interpreters likely helped to prepare him for the task of translating the Book of Mormon.[9] In fact, according several sources—including Stowell’s 1830 court room testimony—Joseph translated the Book of Mormon “in the same manner” in which he looked in his seer stone for hidden things: “he translated the book of Mormon; [Joseph Smith] put a certain stone into his hat, put his face into the crown, then drew the brim of the hat around his head to prevent light—he could then see, as [Joseph] said, and translate the same, the Bible, got from the hill in Palmyra.”[10] Thus, Joseph’s use of the means of a seer prior to translating the Book of Mormon directly prepared him for the work the Lord had for him to do.

While the method was the same, the purpose was different. The Lord did not approve of Joseph using his gift of seership to dig for money. According to Martin Harris, “Joseph said the angel told him he must quit the company of the money-diggers. That there were wicked men among them. He must have no more to do with them.”[11] Thus, Joseph did not just need to learn how to use the means of a seer, he had to learn to use those means to seek the Lord’s will. By his own 1832 account, only when he ceased to seek riches, and had “an eye single to the Glory of God” was Joseph finally able to fulfill the Lord’s purposes.[12]

Such means are not commonly used in the Church today, and Joseph Smith himself came to use them less and less. Nonetheless, the means and gift of seership are ultimately promised to all who will be exalted (Doctrine and Covenants 130:7–11).

[2] Don Bradley, The Lost 116 Pages: Reconstructing the Book of Mormon’s Missing Stories (Salt Lake City, UT: Greg Kofford Books, 2019), 254–258 provides a most interesting theory for how and when Mosiah I came to possess the interpreters and, he argues, the brother of Jared’s sealed record (which Bradley argues is separate from the 24 Jaredite plates found later). This hypothesis also potentially explains the original reading of Ether 4:1, which like Mosiah 21:28 also originally read Benjamin instead of Mosiah. If the brother of Jared’s record was originally found by Mosiah I, then Benjamin would have, indeed, had possession of it as well.

[7] Joel K. Noble, copy of trial minutes, August 28, 1832, in “Mormonism” Morning Star (Limerick, Maine) 7, no. 20 (16 November 1832), reprinted from the Christian Herald (Boston), circa November 1832. The verbiage in the summary of Stowell’s testimony suggesting Joseph only “pretended” to be able to see treasure in his seer stone is almost certainly reflective of the skepticism of the judge recording the minutes, and not of Stowell himself, who was a committed supporter of Joseph’s. This is confirmed by Knight’s testimony, set off in quote marks suggesting a more direction question of his actual testimony: “prisoner [Joseph Smith] could see in a stone as stated by Stowel; that formerly he looked for money, &c.” This reads as a statement of fact, free of the recorder’s condescension.

[10] Noble, copy of trial minutes, August 28, 1832. This method of translation is affirmed by several other sources, including eyewitnesses such as Emma Smith, Martin Harris, David Whitmer, Elizabeth Ann Whitmer Cowdery. According to some sources, it was “spectacles” or “interpreters” that were placed in the hat, while others claim it was one of Joseph’s other seer stones. For a comprehensive collection of the sources, see John W. Welch, “The Miraculous Timing of the Translation of the Book of Mormon,” in Opening the Heavens: Accounts of Divine Manifestations, 2nd edition, ed. John W. Welch (Salt Lake City and Provo, UT: Deseret Book and BYU Studies, 2017), 126–227. See also Larry E. Morris, ed., A Documentary History of the Book of Mormon (New York, NY: Oxford University Press, 2019), chaps. 4, 6–8.