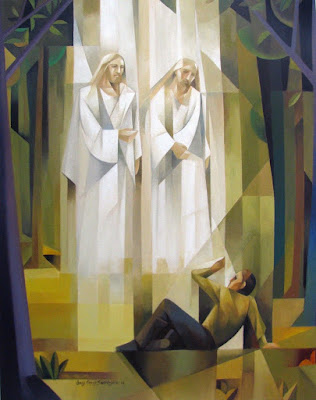 When talking about different accounts of the First Vision, the focus is typically on two class of documents: (1) the 4 first-hand accounts written by Joseph Smith or under his direction, and (2) the 5 contemporary second-hand accounts, meaning accounts written be people who heard Joseph talk about the vision and wrote an account of it within Joseph Smith’s lifetime. A third class of documents that sometimes gets talked about are late reminiscences from various people who mentioned late in their lives (in the late-1800s or early-1900s) having heard Joseph Smith talk about the First Vision. These are usually brief and tend to assume the audience is familiar with the First Vision and so do not actually relate the story themselves; as such, these typically do not provide any additional details (though there are some exceptions).

A fourth class of documents that rarely gets talked about at all are the full, post-1844 second-hand accounts of the First Vision. These are full accounts of the First Vision (not just passing reminiscences of having heard about it) as told by someone who heard Joseph tell the story, but not recorded until after Joseph Smith’s death. Like the briefer reminiscences, these do not often add additional details or new insights, and they often appear to be dependent on previously published accounts (despite the individual having known Joseph personally). But that does not mean they are not valuable. They illustrate that Joseph’s story continued to be valued and told by his close associates who knew his story. 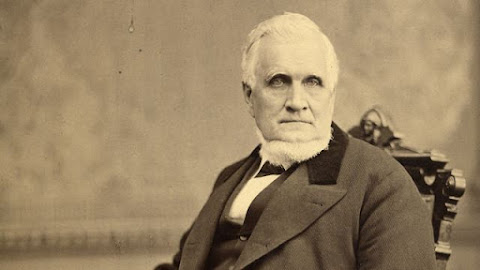 One such account was written by John Taylor in 1850, while he was serving a mission in France. The letter was written to the editor of the Interpreter Anglais et Francais on July 25, 1850. I do not know if it was ever printed that journal, as Taylor was requesting, but it was printed the Millennial Star 12, no. 15 (August 1, 1850): 235–236. In the letter, Taylor tells of the origins of the Church, beginning with the First Vision narration and following that immediately with the story of the angel Moroni. Taylor makes it seem as if both happened when Joseph Smith was “about fifteen years of age.”

The account shows strong influence from the Wentworth Letter (1842 account) and to somewhat lesser extent the History of the Church (the 1838 account), both of which were published in the Times and Seasons when Taylor was the editor. Nonetheless, it does not seem that Taylor was intentionally quoting from these accounts, but rather was telling the story from memory as he recalled Joseph telling it. The details and even some exact phrases that appear in the 1838 and 1842 accounts were no doubt often included and mentioned by Joseph Smith when telling his own story, so it should come as no surprise that some of these details are remembered and repeated by Taylor when he tries to relate the story from his own memory.

I personally find this account interesting for a few reasons. First, it was written only a few years after Joseph Smith’s death. So as far as non-contemporary second-hand accounts go, it’s a relatively early document. The previously published accounts were not yet widely circulating. The Pearl of Great Price had not even been compiled yet (that would happen in 1851), and wouldn’t be canonized for another 30 years. The First Vision had not yet taken its place in the collective memory of the Saints, and thus Taylor’s personal memory is unlikely to be influenced by collective memory.

Second, it was addressed to a non-Mormon audience as part of a missionary effort, and it was told as the beginning of the story of the Church’s origins. This is certainly not the first time that was done—Orson Pratt’s 1840 account was printed as part of a missionary tract in England, and Orson Hyde’s 1842 account was similarly published as a missionary tract in Germany. So this is actually a common pattern for early missionaries in Europe, one that illustrates that although the status and importance of the First Vision was still influx in Latter-day Saint collective memory, several of the early missionaries—all close associates of Joseph Smith—were giving the First Vision prominent status in the Church’s founding narrative from fairly early on.

As near as possible I will give the words as he [Joseph Smith] related them to me. He said that “in the neighbourhood in which he resided there was a religious revival, (a thing very common in that country) in which several different denominations were united; that many professed to be converted; among the number, two or three of his father’s family. When the revival was over, there was a contention as to which of these various societies the persons who were converted should belong. One of his father’s family joined one society, and another a different one. His mind was troubled, he saw contention instead of peace, and division instead of union; and when he reflected upon the multifarious creeds and professions there were in existence, he thought it impossible for all to be right, and if God taught one, He did not teach others, “for God is not the author of confusion.” In reading his bible, he was remarkably struck with the passage in James, 1st chapter, 5th verse. “If any of you lack wisdom, let him ask of God, that giveth to all men liberally and upbraideth not, and it shall be given him.” Believing in the word of God, he retired into a grove, and called upon the Lord to give him wisdom in relation to this matter. While he was thus engaged, he was surrounded by a brilliant light, and two glorious personages presented themselves before him, who exactly resembled each other in features, and who gave him information upon the subjects which had previously agitated his mind. He was given to understand that the churches were all of them in error in regard to many things; and he was commanded not to go after them; and he received a promise that the fulness of the gospel should at some future time be unfolded unto him: after which the vision withdrew, leaving his mind in a state of calmness and peace.