Archeology and the Book of Mormon: Some Notes 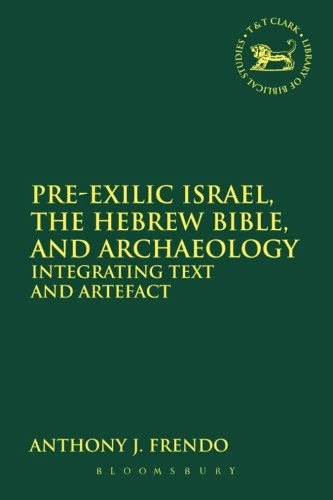 Anthony J. Frendo is a professor at the University of Malta in Near Eastern Archaeology and the Hebrew Bible, and former department head of both the Classics and Archaeology (1996–1999) and Oriental Studies (1999–2011) departments at the university, both of which he helped found. He’s been a visiting scholar at both the University of Beersheba and University of Oxford. He has been on numerous excavations in both the ancient Near East and the Mediterranean (including Malta itself), including some where he served as a director. He has lectured/presented on archaeology at the Pontifical Biblical Institute in Rome, at the Smithsonian Institute in Washington, DC, and the Oriental Institute at Oxford University. To go along with all of that, he has a handful of legitimate, peer-reviewed publications on archaeology and history/text published between 1988–2011. In short, while he is not one of the “big names” that tends to come up when discussing the nature of the relationship between archaeology and (biblical) texts, he is not someone that should be taken lightly on the subject, either.

I recently picked-up his much neglected 2011 study, Pre-Exilic Israel, the Hebrew Bible, and Archaeology: Integrating Text and Artefact (New York: Bloomsburg/T&T Clark, 2011). It is not a long study (105 pages, not counting indices, bibliography, and front matter). I am through about the first 40 pages and already I’ve taken several notes, most of which are pertinent to the question of archaeology and the Book of Mormon. A few observations from just a couple will illustrate just how relevant this book is.


Citing Anthony Snodgrass, “Archaeology,” in Sources for Ancient History, ed. Michael Crawford (Cambridge: Cambridge University Press, 1983), 145–146, Frendo notes that is it a fallacy of positivism “whenever [archaeology] claims to have falsified historical accounts” (p. 27 n. 5). This fallacy is the backbone of arguments against the Book of Mormon’s historicity.

In a footnote, Frendo adds de Vaux's caution, “if the results of archaeology seem to be opposed to the conclusions of text criticism, the reason may perhaps be that not enough archaeological facts are known or that they have not been firmly established; the reason also maybe that the text has been wrongly interpreted” (p. 27 n. 8; de Vaux, p. 78). If I didn’t know any better, I just might think de Vaux was a Mormon apologist!

One of Frendo’s major points throughout these early chapters is that archaeology and historical texts “often deal with related things despite the fact that are rarely concerned with the same objects” (p. 28, emphasis in original). He explains, “Textual evidence is generally concerned with short-term events (such as battles), whereas archaeological data are usually ideal for helping us to trace long-term processes (such as those of farming and settlement patterns)” (p. 28). I find this observation rather poignant, since though little evidence has come forward confirming specific Book of Mormon battles, the broad cultural and demographic trends in the Book of Mormon are consistent with those found in Mesoamerican archaeology (see the work of John Sorenson and John Clark).

From there, Frendo goes on to give some examples of history not being archaeologically detectable. A number of his examples are related to warfare. “One would think that warfare would have left a good deal of archaeological evidence in the ground; however the case of the Persian invasion of Greece in 480/479 BCE indicates that no real positive evidence for such an invasion is available” (p. 29). Then again citing Snodgrass, he notes, “excavation has not much light to throw on the great wars of the ancient world; a destruction-level here, a monument there, a communal grave elsewhere, are the most can be produced” (p. 29; Snodgrass, p. 166). He also uses the Twin Towers as an example—few, I imagine, would deny that before September 11, 2001, there stood two towers in New York city at what is now called Ground Zero. An archaeologist would never be able to prove it, however, nor could they ever prove that more than 2000 people died in that single spot in a single day (pp. 31–33).

The numerous battles in the Book of Mormon are, of course, among the things critics insist there should be evidence for. Given the above, however, such an expectation seems misguided.

Frendo also notes, “The presence of new groups who have come into territory from outside is not always reflected in the material remains retrieved in archaeological research” (p. 35 n. 37). Frendo uses three medieval examples: (1) the Anglo-Saxon’s entrance into Britain; (2) the Norman invasion of Britain; and (3) the Muslim invasion of Spain. Of these three, only the Anglo-Saxons left a discernible archaeological trace (p. 35). The likelihood of a very small new group, like Lehi’s Clan, of making an archaeological impact is remarkably slim. And if we cannot detect the Lehites entry into the land, how are we supposed to recognize the group when it finally does become large enough to leave an archaeological footprint? I’ve written on this problem before.

In the midst of all of this, Frendo makes an observation that some critics of the Book of Mormon might find startling:

“In this context, it is important to be aware that since archaeology deals with material remains, we can get the (incorrect) impression that what is not tangible via the remains of excavation did not exist. This is obviously a fallacy, namely that of the argument from silence, which is false for the simple reason of the well-known observation that absence of evidence is not evidence of absence. … It is clear that important events could have taken place without leaving any trace in the archaeological record.” (p. 30, emphasis in original)