This is the Place, but This Ain’t the Book 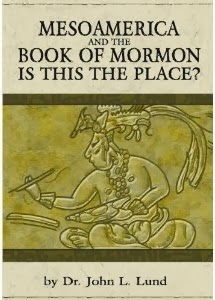 Review of: John L. Lund, Mesoamerica and the Book of Mormon: Is This the Place? (The Communications Company, 2007).

Most readers of this blog are probably well aware that I am an active and believe Latter-day Saint, I accept that the Book of Mormon is an ancient text, and even agree with Dr. John L. Lund that Mesoamerica is most likely the setting wherein the events in the text took place. So I am not writing a critical review because I have some kind of axe to grind against the Church, or because I think Lund has the wrong place. Neither do I have anything personal against Lund. I have no doubt he is a great teacher and speaker, as his reputation suggests, nor do I question his faithfulness or integrity.


Rather, after reading Lund’s book, and being more than just a casual reader of such works, I simply do not feel like I can, in good conscience, recommend this book to others. The intent of this review, therefore, is to be helpful to potential buyers, who are free to consider my assessment and weigh it against those of others in making their decision as to whether or not to buy the book.

The problems I had with this book are many. The following summarizes the major issues:


There are some interesting insights in the book, and because I feel Lund is looking in the right place, the book can be of some value. Lund points out, for example, that Mesoamerican peoples practiced human sacrifice by ripping out the victims hearts, providing an interesting cultural context in which to interpret the many metaphorical instances of a “broken heart” in the Book of Mormon. Lund also points out (and quotes a scholar, so you can be sure it is reliable) that some natives would commonly speak of “brother of,” which may shed some light on the use of “brother of Jared” throughout the book of Ether. Lund also draws attention to a Mesoamerican people (the Dos Pilas) who behaved almost exactly like the Gadiantion Robbers. While they may not necessarily be Gadiantion’s band, it again provides an interesting cultural context for interpreting the text. There is other valuable information, but most of it is accessible in other sources written for LDS audiences and which are of greater quality and reliability in the first place. There are only a few interesting points that are unique to Lund’s work.

The problem lies in the fact that these few gems are buried amidst worthless rocks. And casual or inexperienced readers are unlikely to be able to parse the difference in order to find the stones of real value. Hence, the book is more likely to misinform than to truly enlighten. This is why I cannot, in good conscience, recommend this book. There are better works on the Book of Mormon and Mesoamerica, such as those by John L. Sorenson, John E. Clark, Brant A. Gardner, and Mark Alan Wright. I suggest interested readers track these down instead.
Book of Mormon Book of Mormon Geography Brant Gardner John E. Clark John L. Lund John L. Sorenson Mark Wright Mesoamerican